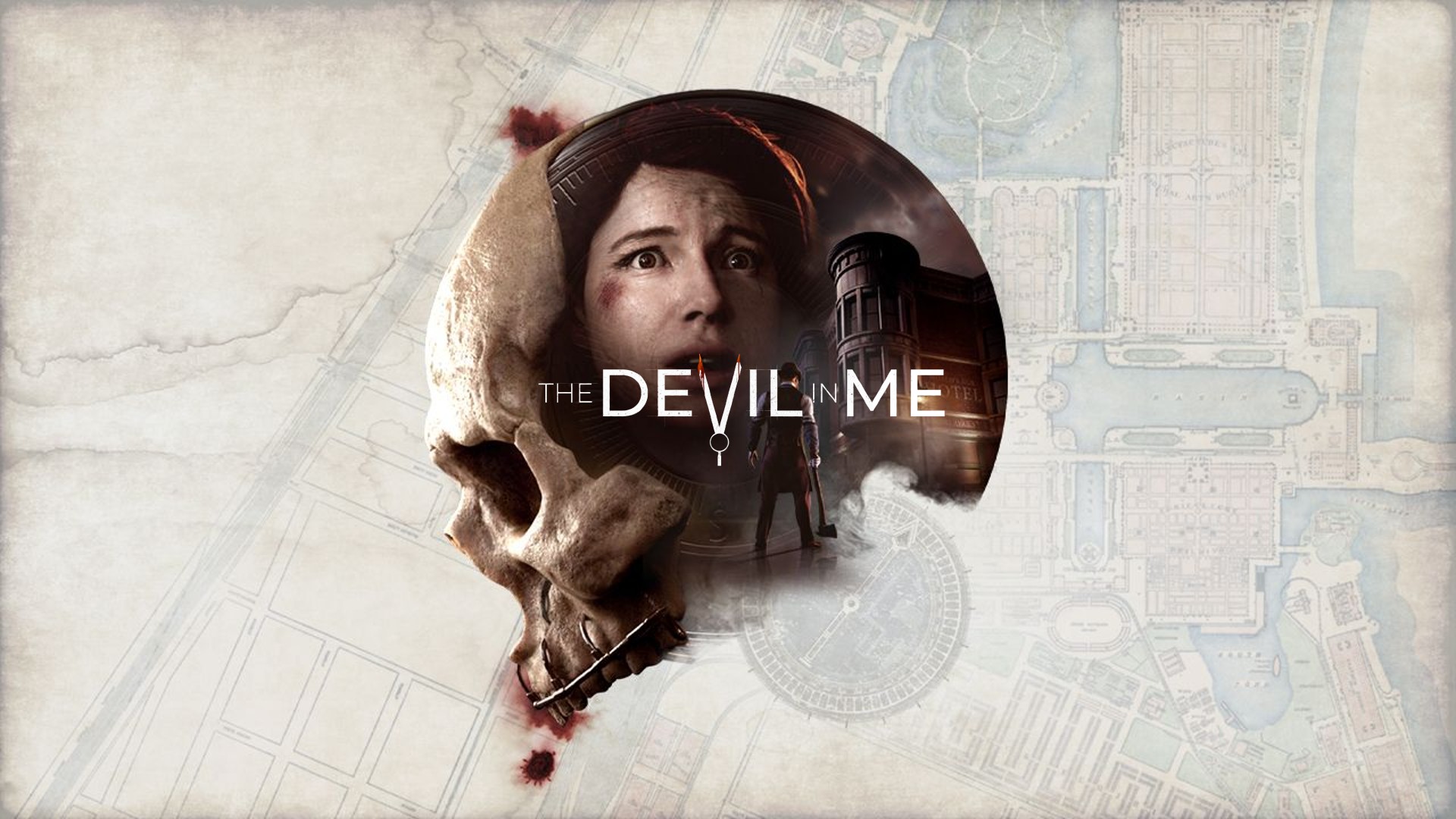 Some Thoughts on The Devil In Me

It has been a long time coming, but we finally got the closing chapter for season one of The Dark Pictures Anthology, and it is The Devil in Me.  It was an interesting choice to close out the series and it is probably the one that is the most grounded in some form of reality and with that made it the most terrifying entry of the series.

The Devil in Me focuses on the most prolific serial killer in American history, Howard Henry Holmes, and a documentary crew that is trying to make a movie about him and his victims.  In the past, the Dark Pictures Anthology have placed our stories in real places, but surrounded by mythical or larger than life tropes.  The choice to go with something more grounded in reality seemed like an odd choice, but it makes The Devil in Me stand out from the other entries in the series because it feels more terrifying. 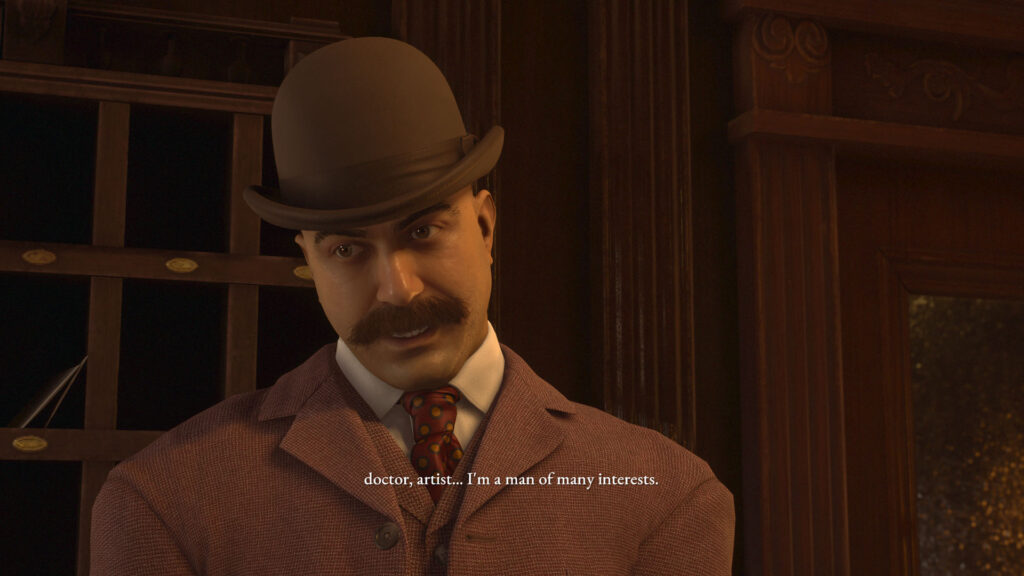 I have to admit that I had no clue if Howard Henry Holmes (HHH) was real, which is why I linked to Wikipedia above, but he was a real person, and the atrocities he committed were some of the most heinous in American history.

We get to meet Holmes in the prologue of The Devil in Me, as a newlywed couple visit his hotel, and soon after, we are greeted with what kind of man Holmes was with his guests.  From here, we meet our documentary crew and we get an understanding that the hotel was more of a murder castle.  Holmes had built all kinds of crazy contraptions in this hotel to trap, torture, and finally, murdering said guests.  The crew has a lead from a person that said they had some actual items from Holmes that they wanted to share with the crew and their documentary.  Of course, this does not go as planned, or the game would have been real short.

The Devil in Me does follow the previous nature of the other games developed by Supermassive Games.  You make choices and those will have repercussions that pop up throughout the game.  There are some new mechanics dropped into the game here, as you now have the use of equipment like cameras, or audio equipment.  Some characters can pick locks, or jimmy locked drawers open.  It add a new dynamic when you are hunting for clues or objects, but overall, it is a minor mechanic. 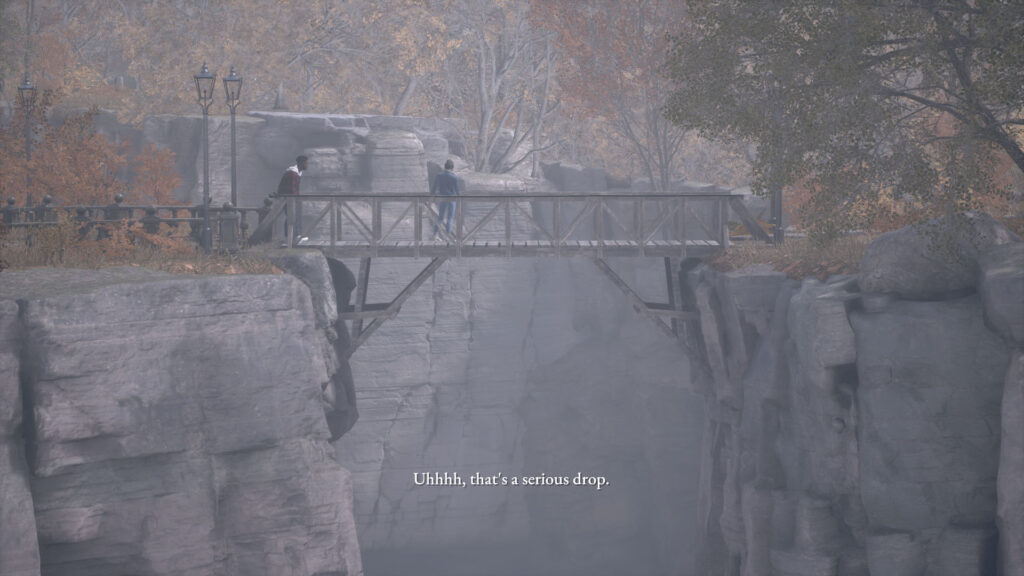 I did like the underlying drama that was occurring between the characters in our crew.  Jamie and Kate already had some built up animosity towards one another, Kate and Mark were in, or had just broken up from a relationship, Charlie is a director and producer still searching for his first big break and nearing the end of his point of being relative, and finally we have Erin, who is new to the group and it seems might have some feelings for Jamie.

There are several subplots happening during the main story here, one of them giving us more of a backstory on who might be trying to kill our persons here.  A person that just happens to have built a replica of Holmes’ World’s Fair Hotel, and likes to dress as him as well.  There is also a fascination with mannequins here that become quite terrifying over time, as the do provide some quality jump scares.

If there was big disappointment with The Devil in Me, it would be the Shared Story choices that were made in this episode.  In the past, the Shared Story would put players in different parts of the story, and unless you were communicating, you were blind to the choices that were being made.  My wife and I made playing the Shared Story a priority when these games came out and this time around, you were almost never separated into different parts of the story.  Normally, you each just played one of the two people that were pared off.  It was not a deal breaker, but it took away that idea that your co-op partner could screw you over with their choices, or missed QTE’s. 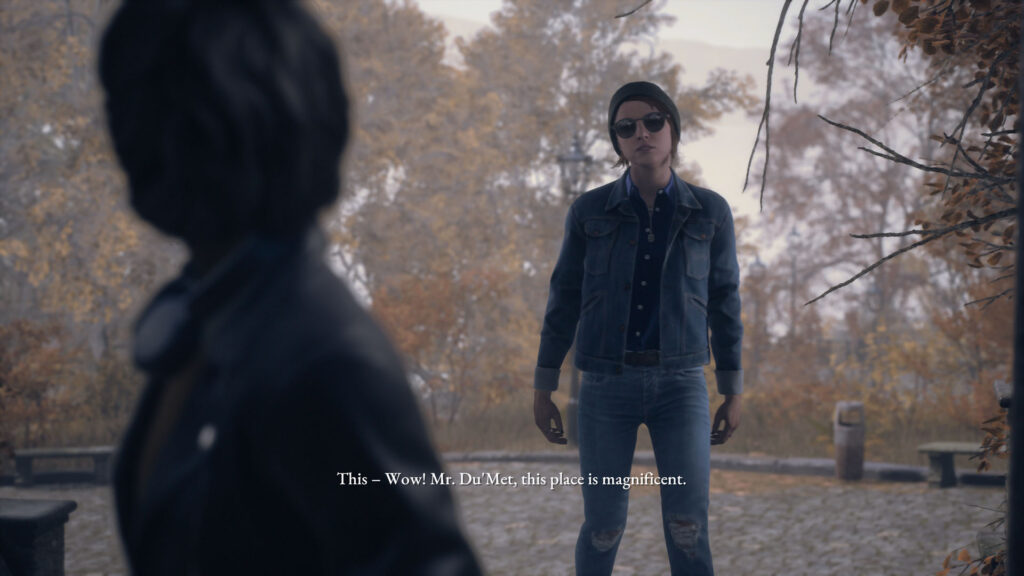 I should note that this was the first time I got to play one of The Dark Pictures Anthology games in the native mode on an Xbox Series X/S.  The updates make the game play a lot better, with less load time and the framerate was very consistent.  There were still some bugs, but we were playing this the day of launch, and hopefully by now, those have been fixed with patches, but take note of it, as it could be a detriment to your enjoyment.

The Devil in Me ended up being the best entry in The Dark Pictures Anthology, and a nice way to close out the series.  I would love to see some more of these episodes being grounded in more real items like this, as it makes for a bore gripping, and terrifying tale.  Pick up the whole series if you love these games, but if you had to pick one, I really did find this one to be the best of the bunch.  I hope you enjoy. 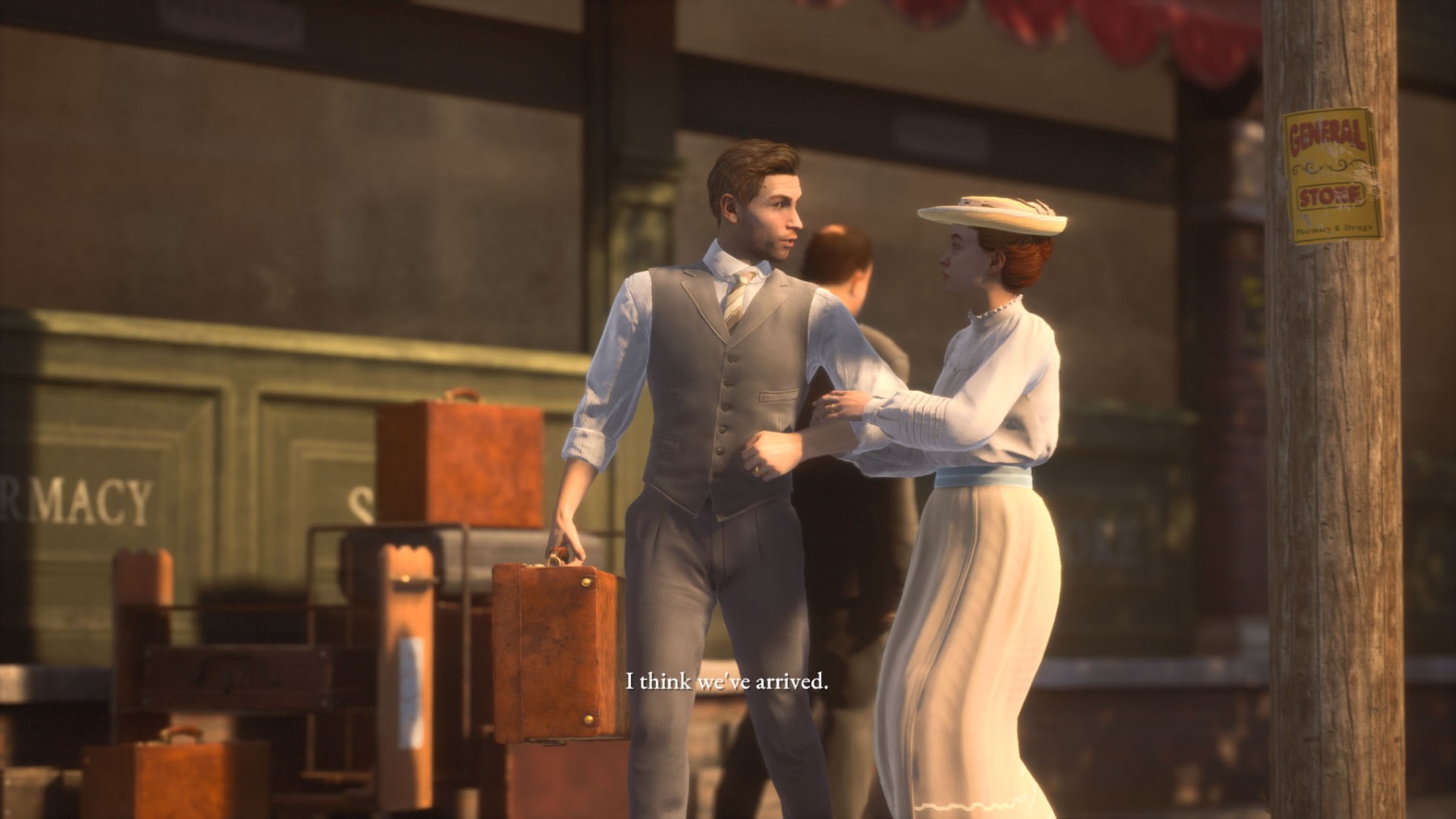