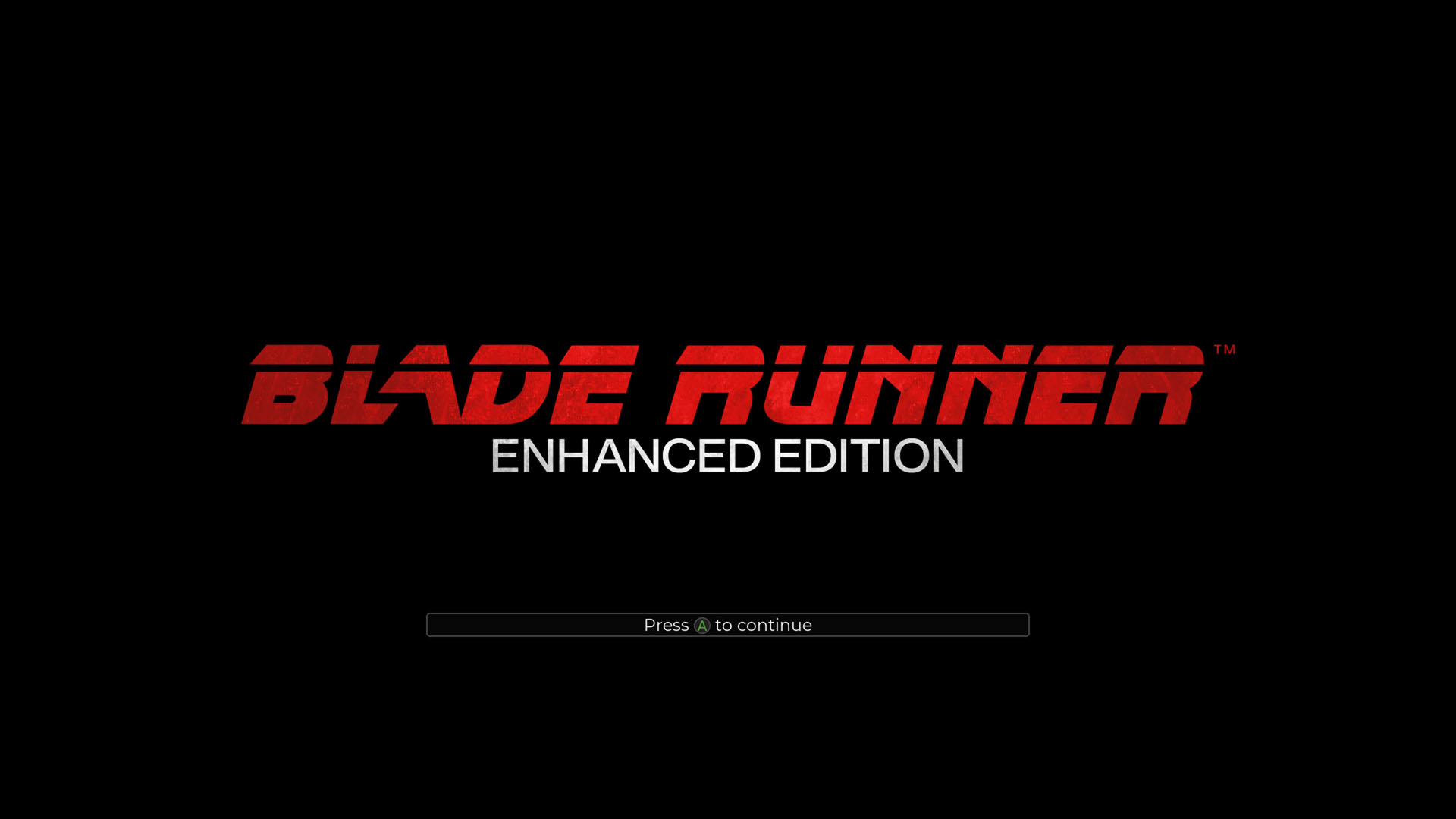 When I saw Blade Runner Enhanced Edition on the Xbox storefront, I was completely blown away.  I remembered that Night Dive Studios had talked about doing a remaster edition of this classic adventure game, I had not heard much about if for some time and I was happy to do a new play through of the original game on PC via my copy on Good Old Games.  But there was Blade Runner, available on my console and I was ready to buy immediately.  I will say that it is a good remake from my time with the game, but there is definitely room for some improvement.

Unlike a full remaster, or remake, this seems to be more of a retooling to get the game running on newer systems and consoles.  I will admit that Night Dive Studios has cleaned up a lot of the backgrounds and background effects, so the game does play well.  It is not set to play in native letterbox format, instead opting for graphical bars on the sides of the screen to keep the original 4:3 layout.  I would guess that this is because the backgrounds and engine would just not support a stretching of the assets without looking ugly.  Not a huge deal, as it will not hurt your enjoyment of the game. 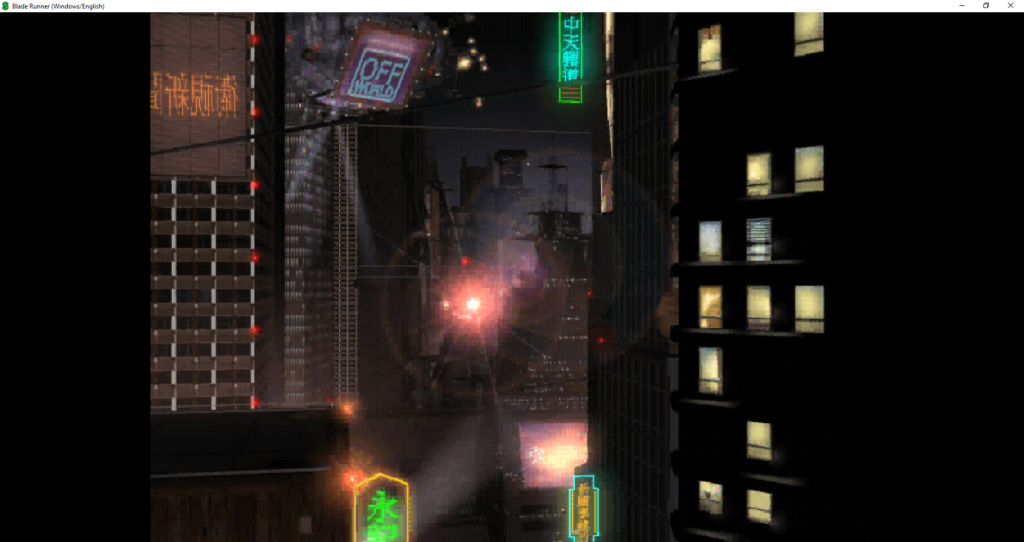 If you are unaware, this story runs alongside the 1981 movie of the same name, except you are playing a different Blade Runner.  In this case you are Ray McCoy, a person that has been sent after another group of replicants that seem hellbent on causing havok.  Each replicant has a similar feel to the ones that show up in the game, including a leader that comes off as a pale imitation of Rutger Hauer’s fantastic Roy Batty.  You do run into several characters from the movie, like J.F. Sebastian, and the great James Hong as Hannibal Chew.  Leon also shows up, but I am not exactly sure it is Brion James as the voice actor.

Blade Runner Enhanced Edition pays tons of homage to its movie big brother.  Like the original movie release, Ray has a constant monologue running with commentary about his bosses, the missions, replicants and more.  You visit several places that were in the movie, like Sebastian’s place and Chew’s laboratory.  Other locations are more detailed this time around, adding more depth to the world.

While Blade Runner Enhanced Edition plays like a standard point and click adventure game, its unique randomized replicant mechanic sets it apart from its competitors at the time.  Most people might be used to dynamic storytelling in games in 2022, but this was a game from 1997 in a genre that is normally consider a fixed storytelling genre.  Instead, Blade Runner would have markers in the background that would look at your choices and make changes to who might be a replicant and who was not.  Even the main character can be a replicant depending on choices that are made in the story.  Sure, it wasn’t an infinite number of choices, but I still find myself admiring how one little decision could change the entire outcome of the game when you are playing an adventure game. 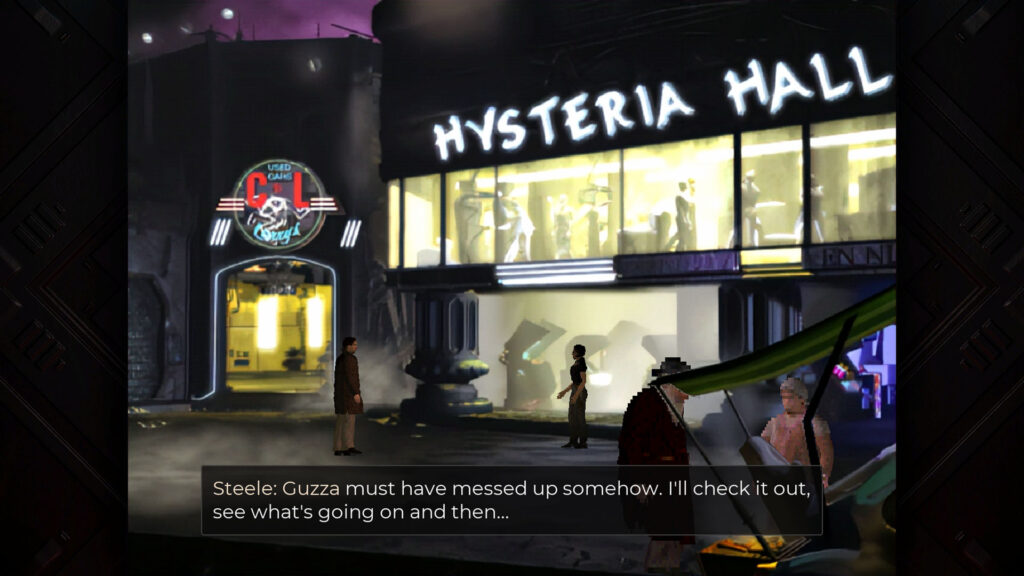 I will say that while I liked the work that Night Dive Studios put into Blade Runner Enhanced Edition, there were a few spots that took away from the experience.  This game has a shooting mechanic in it that sometimes just does not work right.  Go to the shooting range and you will see what I am talking about.  There were times I would be marking right on a target and it would completely miss the mark.  The targeting reticle seemed completely off.  I found myself having to aim above the target sometimes to hit the mark.  My other big gripe is with the main character models.  The game has gone through a cleanup of the backgrounds and particle effects that are found in the game, but the character models seem to have been forgotten.  They look ugly in comparison to the rest of the graphical updates.  Maybe it is just my eyes, but they just look more chunky and blocky than the original release.

Blade Runner Enhanced Edition is a a fantastic little gem that I think people should experience, especially now that it is available on consoles.  I loved this game when it came out in 1997, and I have to admit that it was a joy to be able to play it on a console in 2022.  It has some quirks, and it not the prettiest thing you can play, but I think most will find a great story and unique storytelling style for an adventure game. 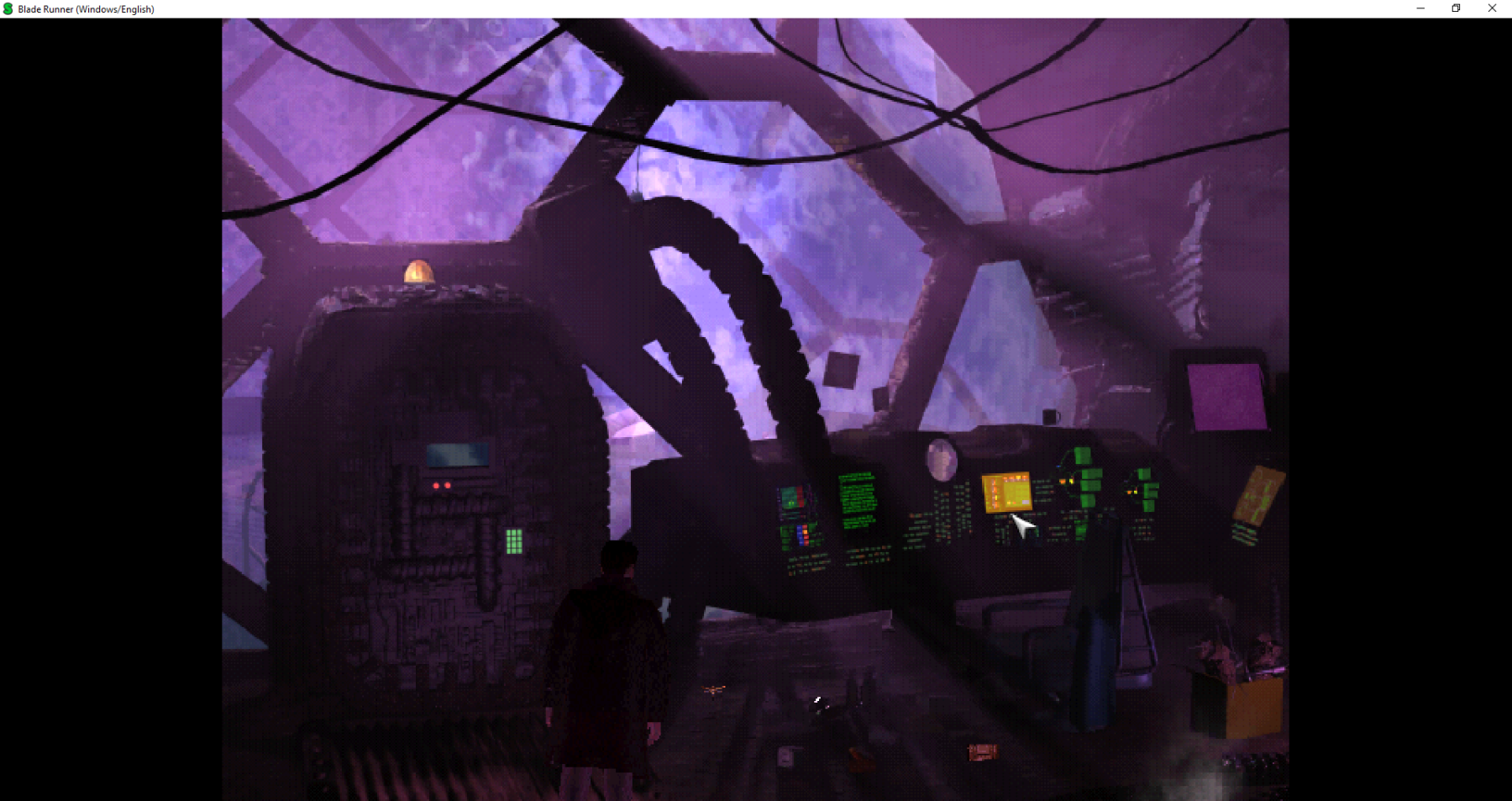