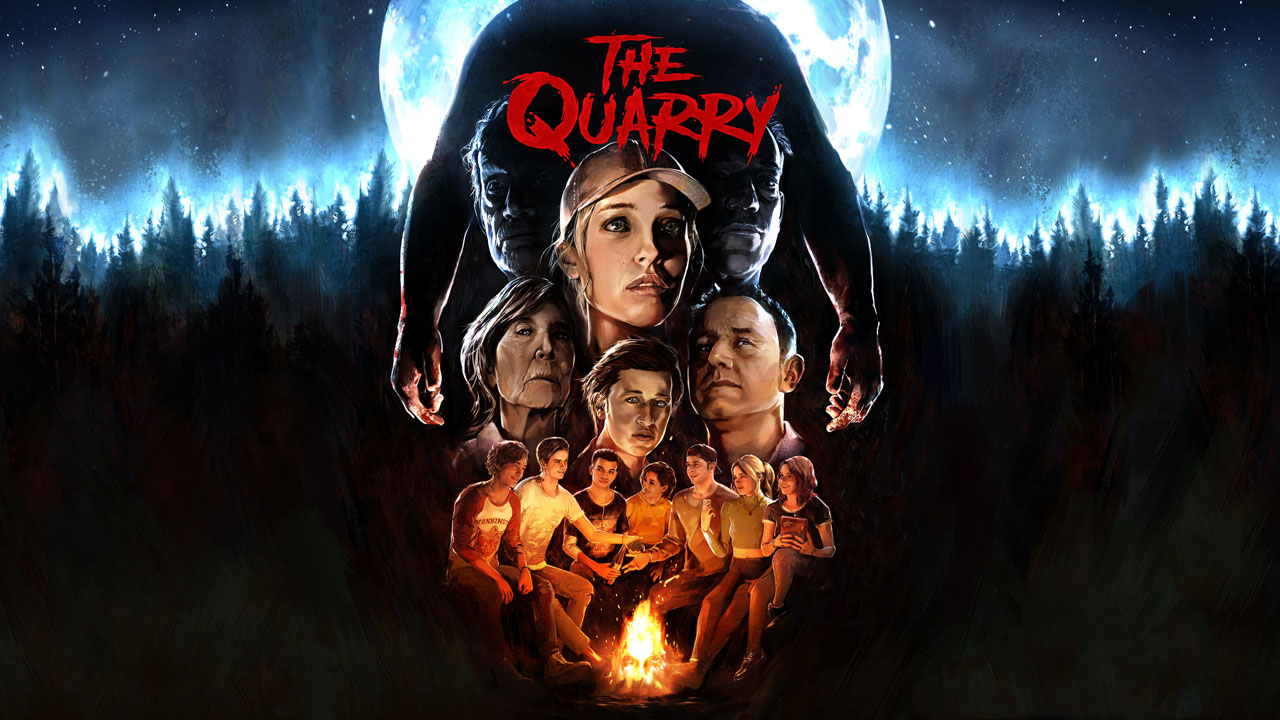 Some Thoughts on The Quarry

As someone that plays Until Dawn once a year during my October Halloween streams, I was excited to hear that Supermassive Games was going to release The Quarry for consoles and PC.  While I love the Dark Pictures Anthology series, I have wanted them to go back and make a big budget game featuring some young and upcoming talent.  Seriously, go back to Until Dawn and look at that roster of talent and look at where they have gone from there.  It is pretty amazing.  But I digress.  Now I have had time to play through The Quarry a couple of times and I have thoughts.

The Quarry takes us back to summer camp, where a group of counselors have closed up shop on another successful summer camp and they are starting to pack up themselves and head out for the year.  Of course, that would have made for a super short game, so when one of the counselors decides he wants some more time to try and solidify his relationship with a fellow counselor, he sabotages the transportation and things go downhill from there, pretty spectacularly might I add. 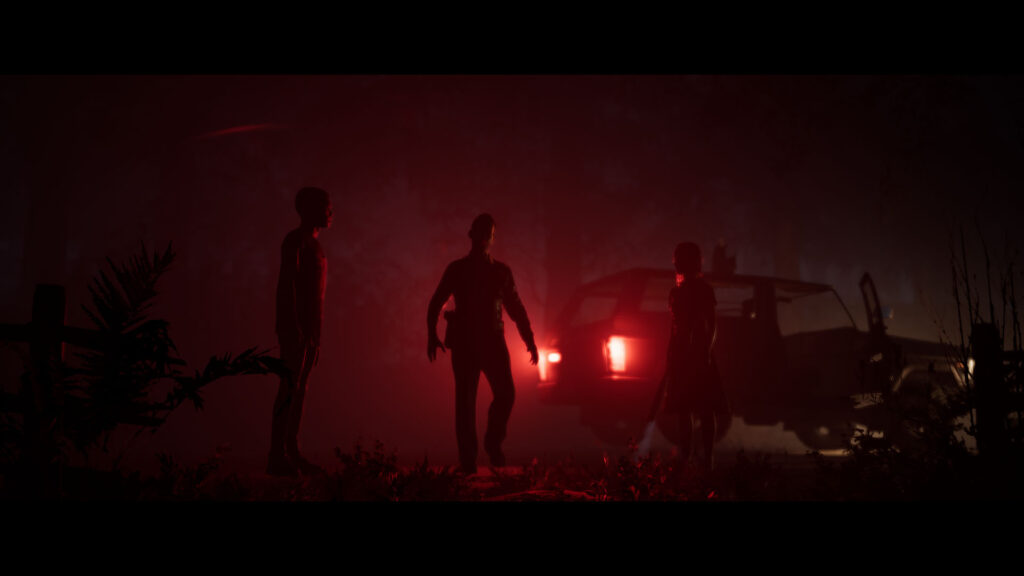 As with any of the Supermassive Games titles, The Quarry, will flip you between the counselors that you play as throughout the game experience.  While you control that character, you will make dialog choices, commit to path decisions and more which will affect the outcome of the game, and your relationship with other characters.  Yes, I think there is a basic outline for the game path, but the variations that can come along to work your way down that path are pretty amazing at times.

You do have to perform quick time events, as with other games in this genre, but the mechanics have changed a bit.  For the most part, all QTE’s happen using either the left or right stick.  You will just flick it in the direction requested by the game in the proper amount of time. Occasionally you tap or mash the A button, but gone are the finger gymnastics on the gamepad or mouse and keyboard.  Yes, it does simplify it a bit, but I think it does make it easier for more people to make it though the story with more success.

All of the actors here are great with the material put in front of them, and it is fun to realize that you recognize them from somewhere.  I for one had no clue until near the end of the game that Halston Sage, who plays Emma, was Lieutenant Alara Kitan from The Orville.  The point is that the cast is of a high caliber and they give a performance to that level.  About the only person that annoyed me a bit was Jacob, but I think that is part of his character, as he is the guy that always seems to try and make the worst decisions possible for the group.

There are a fair amount of collectibles that you can find throughout the story, and there is enough here from a decision standpoint to keep you coming back several times. The layers of story are nice here, with the exception of one and that would be Eliza Vorez.  She shows up as your narrator this time around, but while  you are expecting her to become a part of the story, she seems like a throwaway piece that adds little to the end game.  I was expecting more from her character, but I never felt a payoff from her story at all.

I was also sad that the multiplayer mode was delayed at launch by about three weeks.  It also changed quite a bit from the mode that is in the Dark Pictures Anthology.  Instead of a co-op story mode where you each take control of players in the story, you can have up to seven other people join in and make decisions as a group.  Majority vote rules on the decision.  If there is a tie, the tie goes to the person with the controller.  While this is kind of neat, it makes the mode pointless if you only have two people playing, because it means, the player story is the one that wins, because he will break the tie with the other player.  While I think it could be fun at parties, you will definitely want to have three or more people playing.  The have also included the shared story couch mode and the Movie Night mode where you make some choices for the characters and then sit back and watch the outcome.

All this in hand, both my wife and myself have thoroughly enjoyed our multiple playthroughs with The Quarry.  I love the decisions, the cast and the story that were put in front of us.  It was sad that the multiplayer mode came a month after the game and at that point, we had already had our fun with  it, but The Quarry is a solid game for anyone interested in a fun and scary, story focused game. 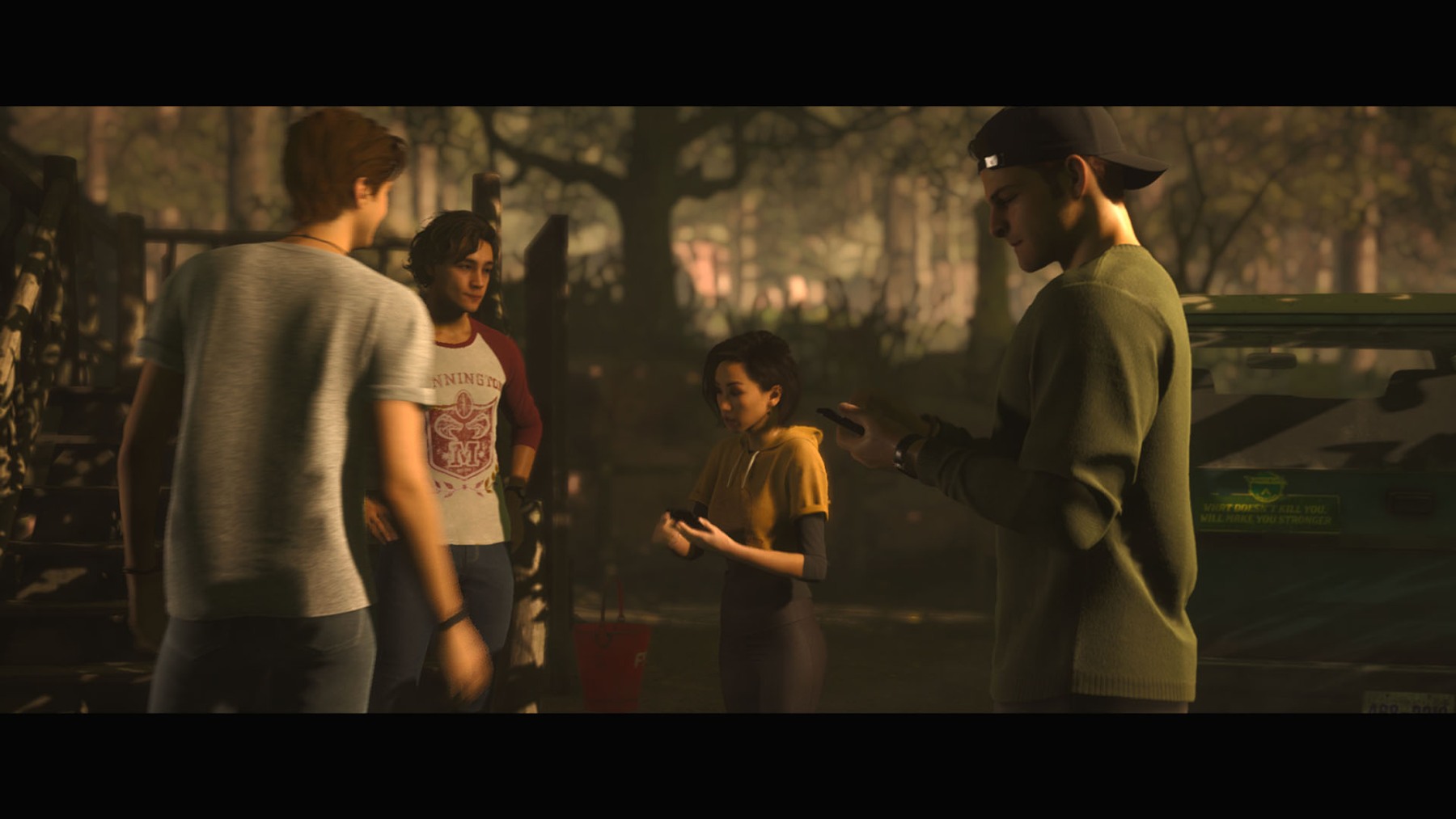