Some Thoughts About New Tales From the Borderlands

The first Tales From the Borderlands was such a weird animal when it was announced.  I mean, you were taking a series that had been a first person shooter, and you were moving it to a narrative, choice focused, adventure game.  It shouldn’t have worked, but it did and fans have clamored for a sequel for years.  Now, that sequel has come to fruition in New Tales From the Borderlands.  Sure, the name doesn’t conjure up originality, but true to its pedigree, New Tales is a fantastic adventure title.

As with our last trip into the Tales universe, New Tales From the Borderlands has us in the shoes of three, for lack of a better term, nobodies.  Anu, Octavio and Fran are situated in different parts of the Borderlands universe.  Anu just happens to work for Atlus as a scientist, who is trying to develop a weapon that isn’t a weapon (yeah, it makes sense later).  Octavio is Anu’s brother, but he has big dreams of wanting to be a big shot, but tends to fail miserably at any business venture he tries to start.  Lastly, we have Fran, who runs a famous froyo shop, but it was destroyed in the last big conflict on Promethia, and she happens to have one employee that isn’t the best at showing up for work – Octavio. 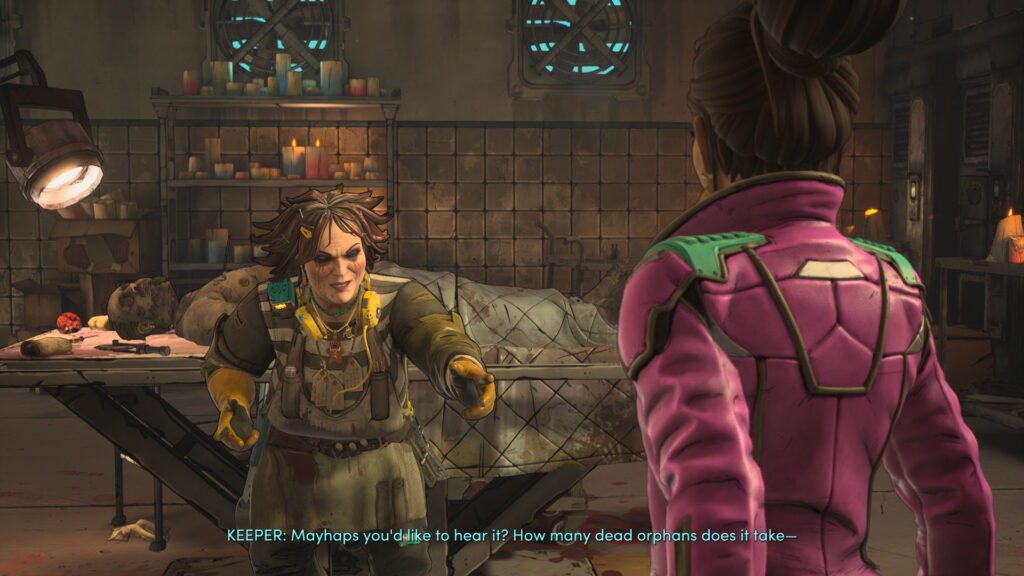 I have to admit that I liked the differences between each character, as they complimented each other nicely.  Octavio can hack into devices for further gain, while Anu has her Smart Goggles that can find hidden items, or areas.  Even Fran has her accessibility chair that can freeze things, or smash them when necessary.  The way the three bounce off of each other had me laughing many times through my play of the main story.

The big change in New Tales From the Borderlands is that it is built from the ground up in a new engine, and it is for the better.  Gone are the weird glitches, or stuttering frame rates.  This game move buttery smooth, and I rarely ever ran into a frame rate issue, or graphical glitch.  Technical issues always seemed to mar the old Telltale games, including Borderlands, but those issues seem to be ironed out here. 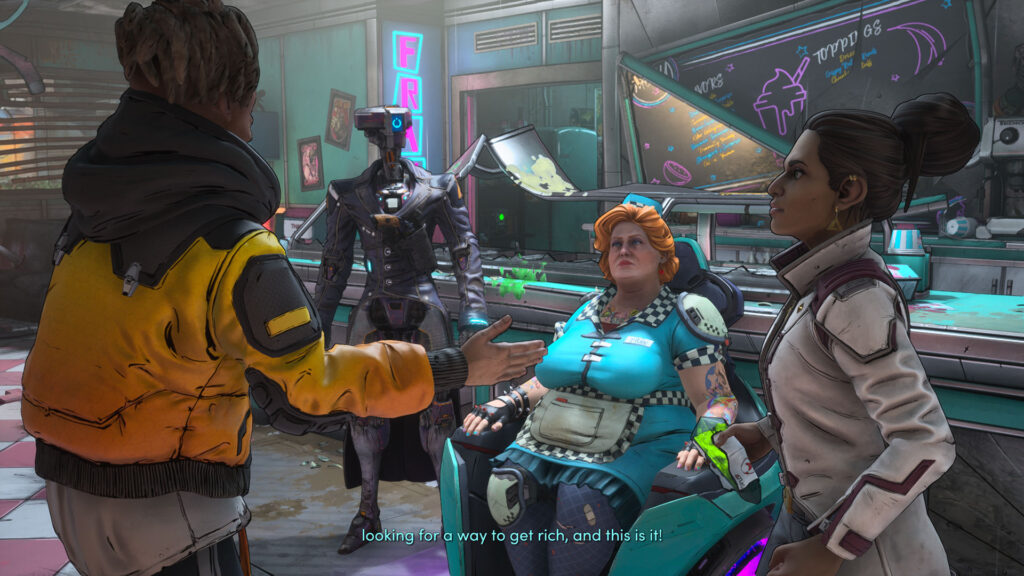 If there was a big ugly mark on this game, it has to do with the way that New Tales From the Borderlands ends.  Don’t worry, I am not going to spoil it, but there is a lot that happens from a discussion standpoint in the end game, and I could not figure out how my ending came out of it.  I had people that were there and people that were not, and I could not point to any one reason that the character outcome was the way it turned out.  Honestly, I thought it might have been a random generator, but that is not the case.  There are decisions that fix the outcome, but it does not really define it well enough in my opinion.

Even with the ending being a bit of a disappointment, I enjoyed my time with New Tales From the Borderlands.  It was funny, thrilling, filled with twists and turns, and it plays so well.  I just wish that the ending felt more tied together than it did, but it does not hurt the journey of the adventure.  It just kills the arrival.  Even with that, I think you will have fun with the game, if you decide to take it for a spin. 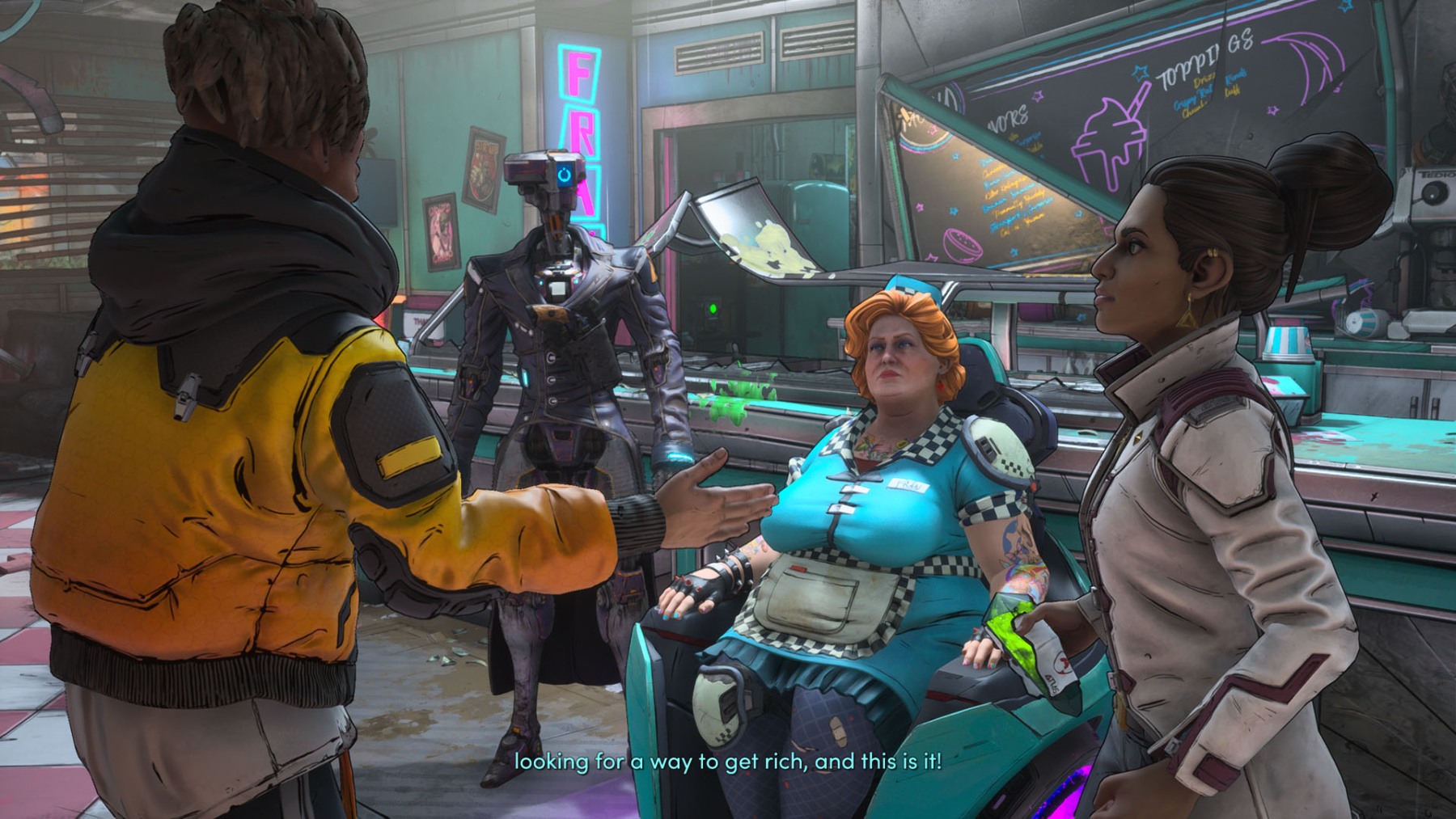