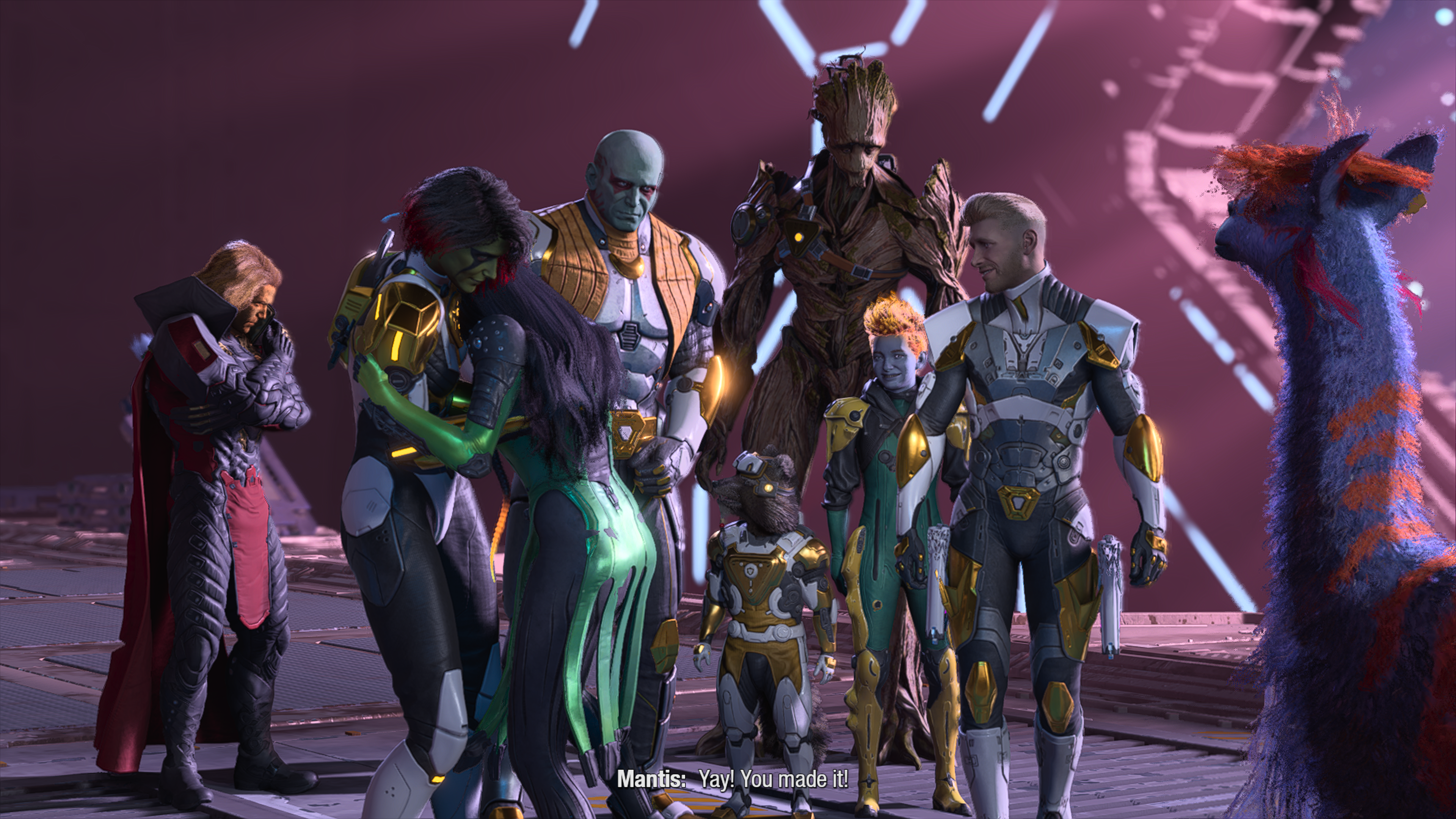 Some Thoughts On Marvel’s Guardians of the Galaxy

When Square Enix first showed off Marvel’s Guardians of the Galaxy, I was skeptical at best about the game.  I mean, I was just coming off of a solid story in Marvel’s Avengers, but lackluster post game content to keep me interested.  Also, I was really unsure how the game would play out from a mechanics standpoint.  Do you play as one character, or all of them?  It is heavy on action or story?  And to be honest, we already had a fantastic Guardians of the Galaxy game already straight from Telltale Games.  All that said, after putting in about 20 or so hours into the main campaign, I had to go back on my words and say that this game was worth every penny I paid and more.

Guardians of the Galaxy does put the focus on Star Lord in the game, but it does a lot to have him work with specific members of the Guardians throughout the game.  Each character has their own story presented to us throughout the story.  You start to learn more about the characters backgrounds which are all well written and do so much to flesh out each member.  Even those characters outside of the Guardians are presented with flourish and purpose.  I loved seeing Nikki, who wants so hard to be strong like her mother, retreat to her hideout where she gets to act like a kid.  It also lets us see Star Lord as less of a goofball, and more complex.  You see him grapple with the idea of possibly being a father.  Or how his childhood trauma affected his behaviors as an adult. 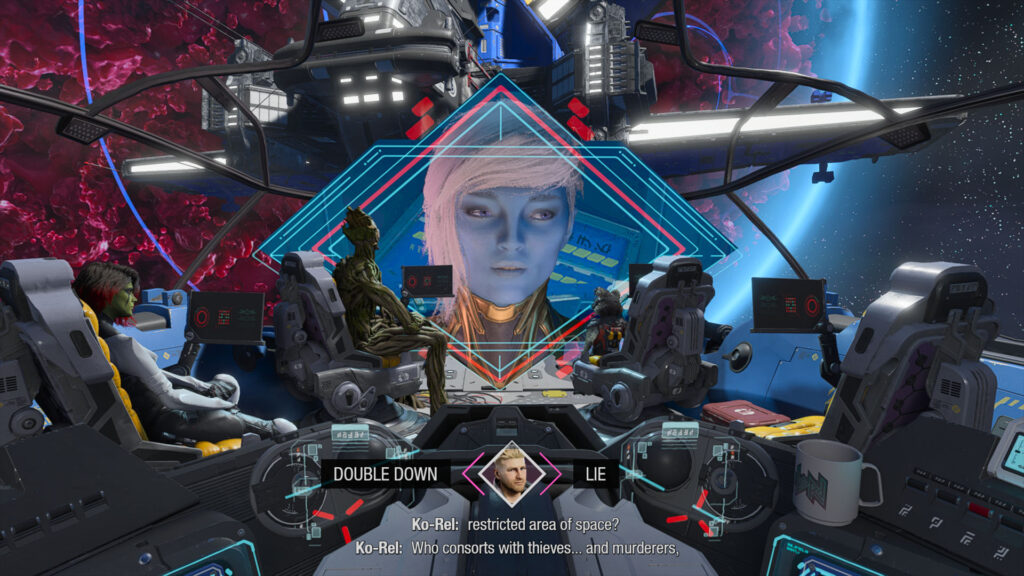 While the story so well written, you do have to escape it with the mechanics of exploration and combat.  You are presented with large areas that play out as levels in the game.  There are fun quips and bits of extra story strewn throughout, but these are focused on moving from one battle arena to another.  Battles are pretty straightforward, with gun and melee combat, but you also link up with your teammates for heavy damage combos.  The combat isn’t difficult, but it does start to feel a bit repetitive over time.  Yes, you do have new enemies and powers that are doled out throughout the game, but the combat never moves beyond, “use cold here, use flame here, melee this one over here, and so on”.  It’s not boring, but it does feel like you are just going through the mechanics to get more story towards the end.

I did like a lot of the fun costumes that you can unlock throughout the story.  There are also a lot of lore items that give you fun nuggets about the characters, and the universe in general which are enjoyed rooting out.  The upgrade system is rudimentary, but it does unlock new powers for you to use with each character. 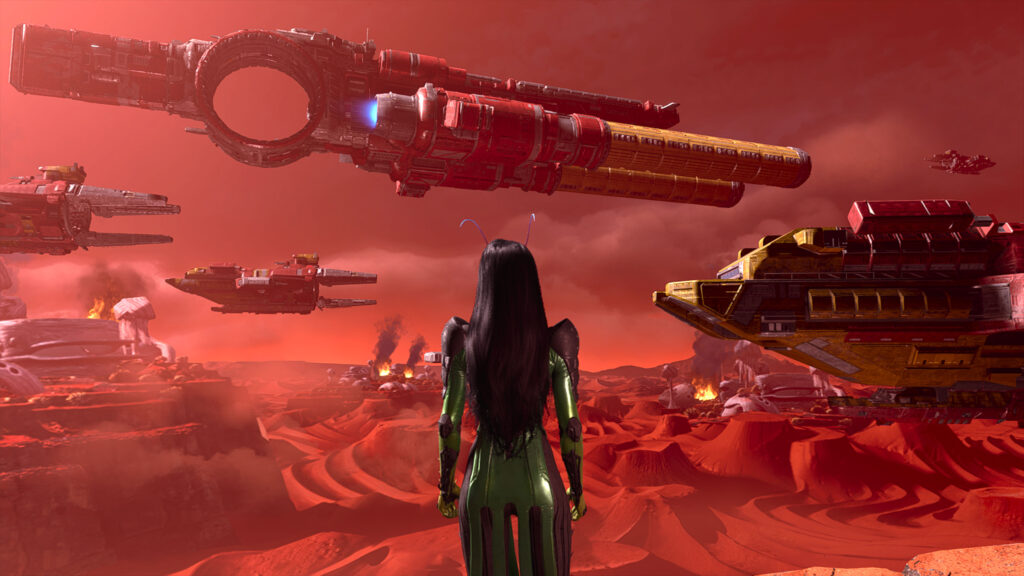 The funny thing about Guardians of the Galaxy, is that I did look at it as a dumb game initially when I saw the previews, but when I finally sat down and played the game, it just showed itself to be an amazing experience.  Even with its repetitive combat, learning about the characters, and working through the story that the developers wanted to tell was a lot of fun.  I should have never dismissed the title so handily, but I am glad I finally sat down to play it. 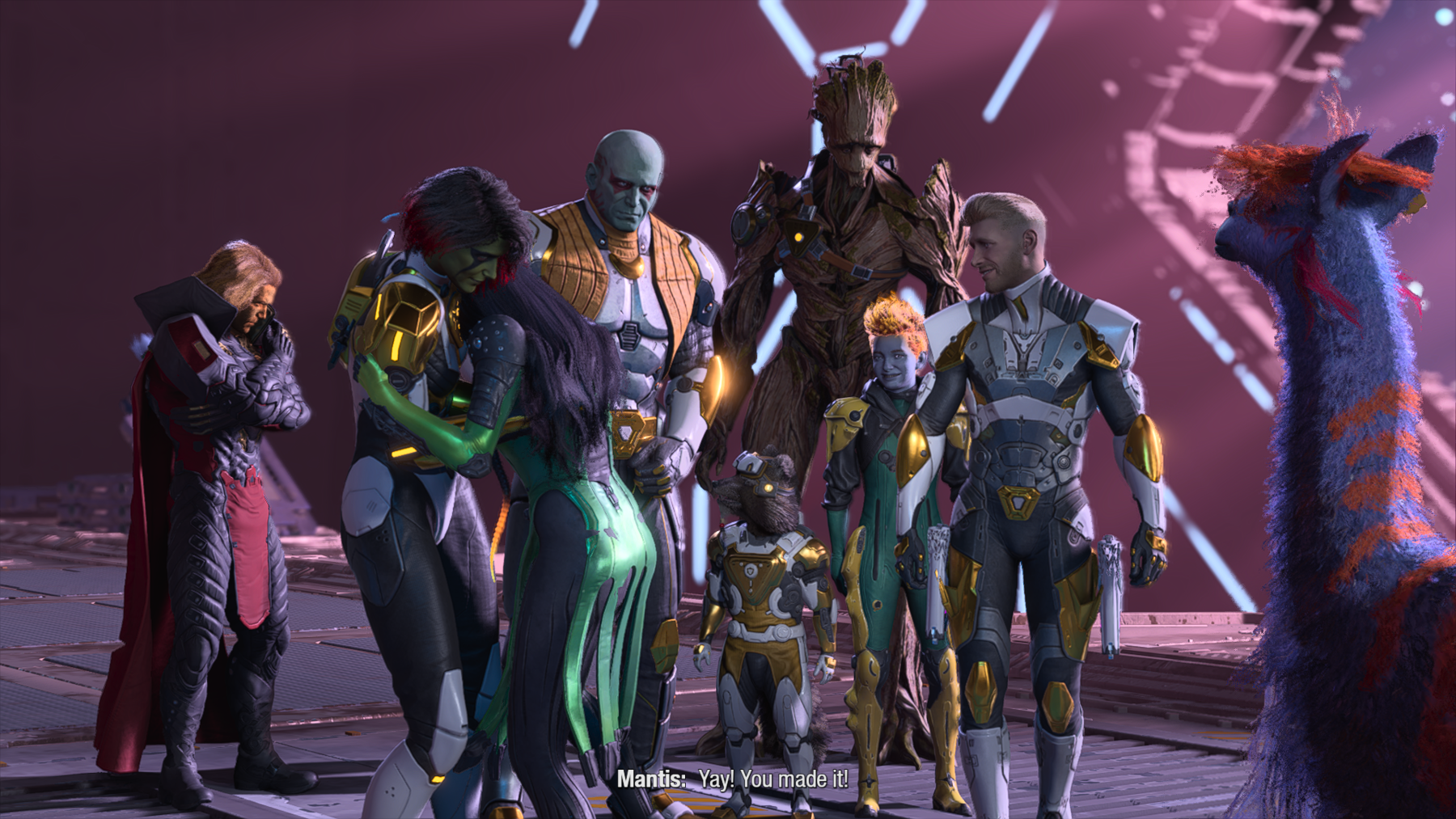