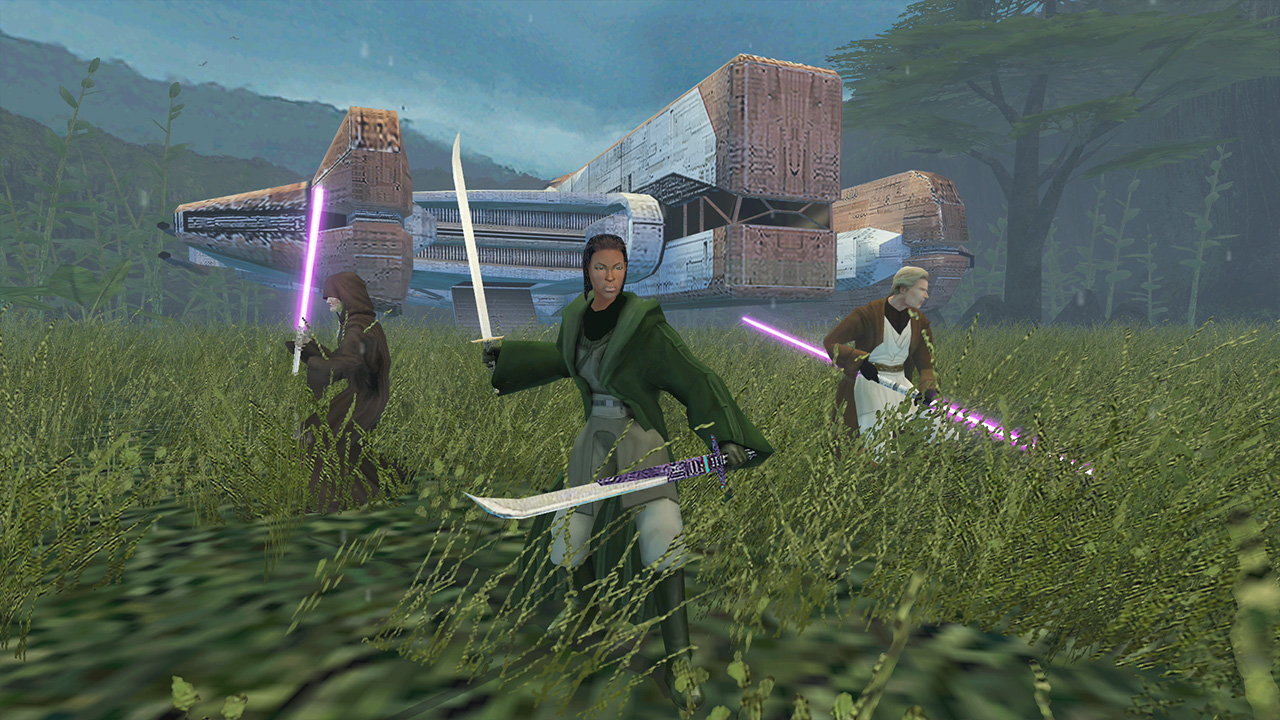 I honestly had no idea that Star Wars: Knights of the Old Republic II (KOTOR II) was going to drop on Nintendo Switch.  I mean, it should have been expected that it would happen, as the first Knights of the Old Republic was released not that long ago on the same platform.  But it was the little stinger at the end of the trailer that surprised me – Restored Content DLC Coming Soon.

For the uninitiated, KOTOR II was a sequel that was commissioned very quickly to capitalize on the success of the first game.  The sequel was contracted out to Obsidian, no strangers to the formula that Bioware had created.  It seemed like a match made in heaven, but the problem was the timetable presented to Obsidian.  The sequel had to be released a year after the original was released.  This meant a hurried development cycle and inevitably, changes would be required to hit the deadline.

Rumor was that the changes included lopping out a whole branch of story and a complete planet that you would visit.  This made KOTOR II a little sloppy at release and while it was a good game, you could feel that the game as a whole had been rushed into existence.  It should have just ended there, but when the game dropped on PC, scrappy fans delved into the code and found all this unused content that was chopped from the final game.

Fast forward a few years and that content was released as a patch that you could install into the game on PC.  Later, it became a Steamworks download that made installation so much easier.  It added most of that content back, including patched together dialog trees and more.

I present all of this, because this is the first time this restored content will be included in a release outside of the PC mod community.  I don’t know if this DLC content was restored from Obsidian, or if this is just implementing the work of the mod community into the Switch release.  Either way, it is awesome that a new audience will get to see this expanded content that was sorely missing from the original release in 2004.