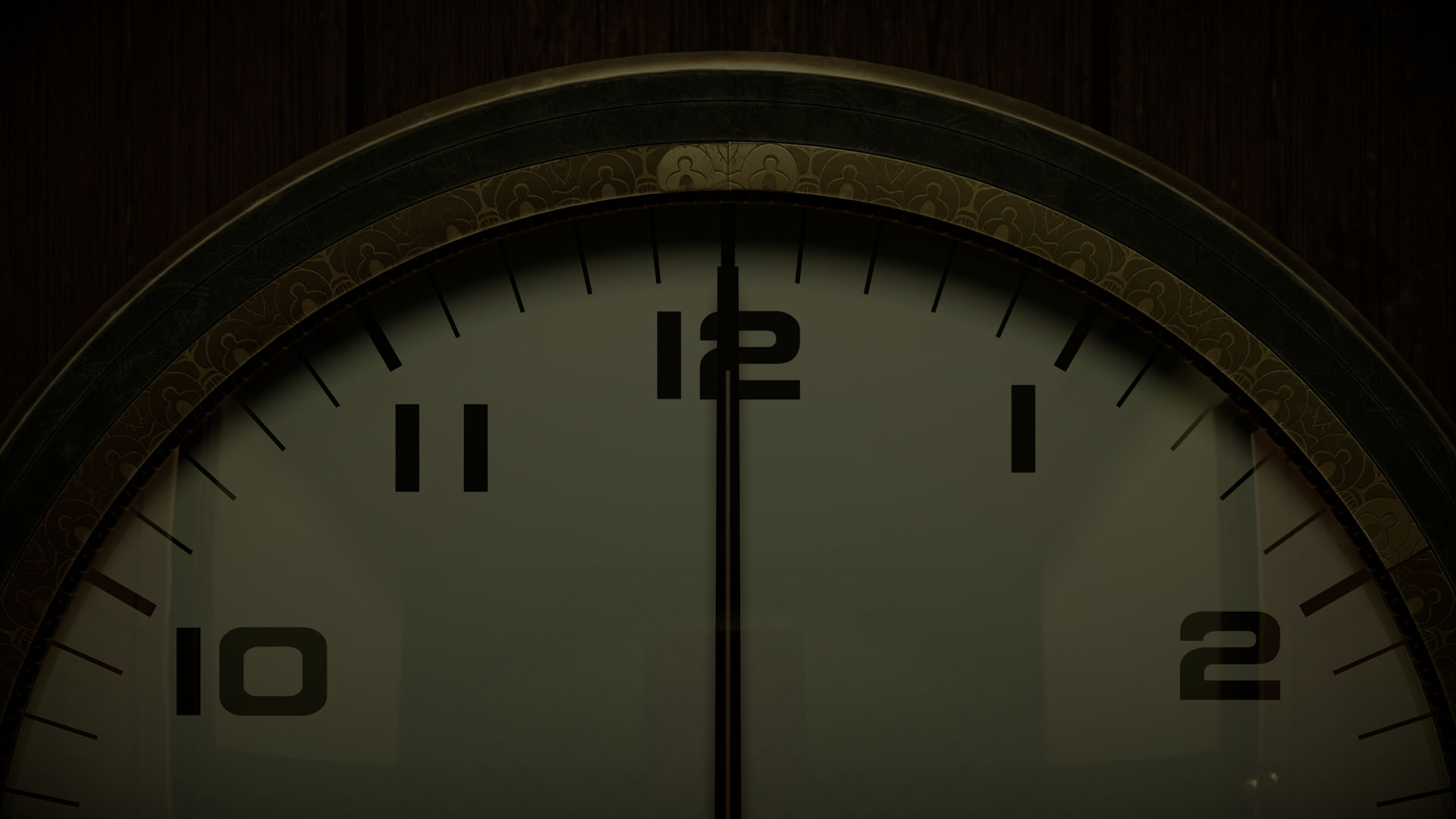 Some Thoughts About Twelve Minutes

It has been a week since I finished the majority of all the things you can do in Twelve Minutes and I am still in shock over the twist that happens in the game.  It is a testament that I have kept this short little mystery game in my brain.  It was something I was not prepared for and the story and choices hide the narrative long enough for that “oh shit” moment when it finally rears its ugly head.

Yes, Twelve Minutes finally released and as promised, it did drop on Xbox Game Pass.  This was a game that I had high on my list to try out when it was first shown in a trailer at Gamescom 2019.  You know, back when we could actually go places and conventions could happen safely.  I was ready to buy the game when it came out, but having it on Game Pass was just a bonus to me.  The membership that keeps on giving.  But I digress.

The premise of Twelve Minutes is easy enough to explain as you start off entering your apartment and while you are making some decisions as to what to do around the small apartment, a strange man breaks in and things do not go well.  But all is not lost as your player is trapped in a time loop that restarts every 12 minutes.  While it sounds simple, the range of things that you can do while working through the 12 minute loops is astounding.  I went everywhere, from hanging out with the wife to straight out trying to kill her.  But the hook is that each time you go through a loop, you can remember the events and items that you have interacted with each time.  Conversations are the same as well.

It is through this collection that we get to the meat and potatoes of Twelve Minutes.  I loved the creativity that can be used with each loop to try and unlock more information.  Something as simple as hiding before your wife knows you are home can drastically change the amount of information that you are given from the game.  And maybe someone else will think of something more cleaver than I, but I never found a way to stump the developers.  They always seemed to have an answer to everything I would try.

But it is the sadistic twist at the root of the story that hits like a Mike Tyson knockout punch.  I was floored when I put two and two together and you realize what is happening and it is not pleasant.  I am sure that this is what Luis Antonio, the developer, was going for when he drafted out the story.  It is amazing.

It also helps that top notch talent is voicing these characters from the mundane beginning to the messed up ending that you encounter.  James McAvoy, Daisy Ridley, and Willem Dafoe bring the characters alive.  McAvoy especially shines for me, as he has to come off with being startled and alarmed at the beginning of each time loop, along with knowing the events that are coming to a head.

Twelve Minutes is a short little title, but I can’t stop thinking about where it went and what it was about and that might be the sign of a fantastic game for anyone to play. 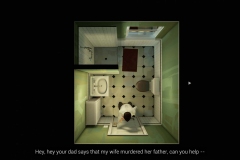 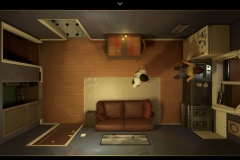 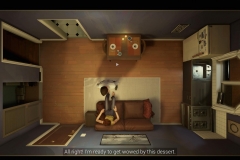 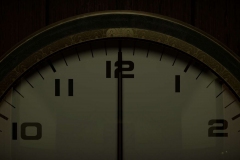