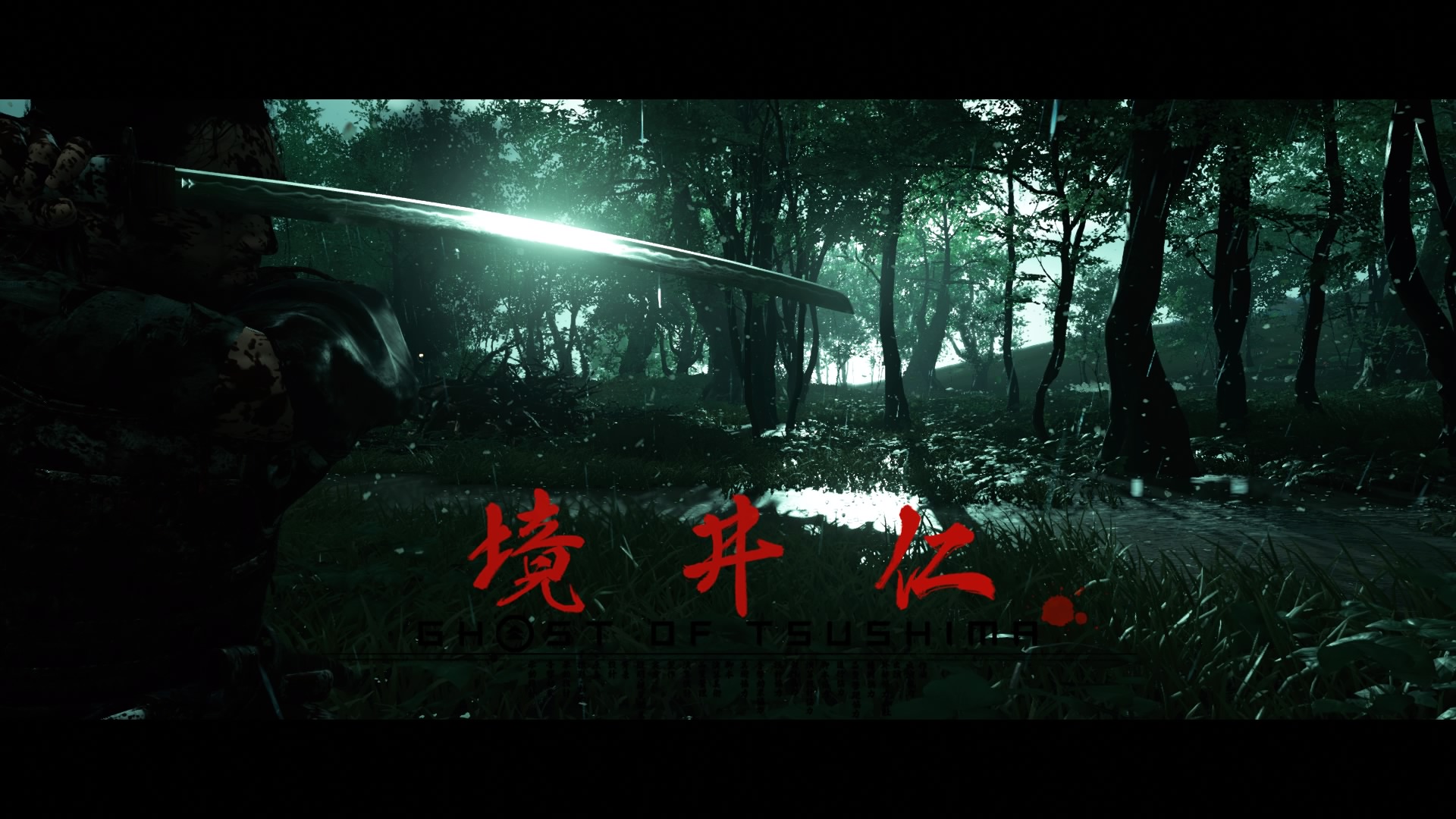 All Games Should Strive to Have a Great Photo Mode

How many times have you sat down, started playing a game and had a cool moment that you want to capture.  In this generation and the last, the consoles have made it a lot easier.  The same can be said for PC’s as well.  Capturing a moment is as simple as hitting a button and your cool moment is memorialized forever (or until you delete it to free up space).  While those new features on our gaming platforms are nice, they will never replace a great photo mode.  And I am sad that photo modes are not in every game.

I love it when a game lets you put a hot pause on the game at any moment in time and you can create a perfect work of art from that game and take a picture that you can use as wallpaper or just to remind you how damn cool that moment was in the game.  Look at the above example from Ghosts of Tsushima.  This game might have the best photo mode that I have played with in quite some time.  It has such a wide and diverse range of options that some might get lost trying to figure out all the things you can do to a simple screenshot.  I spent almost 15 minutes to line up my perfect shot, framing it, editing it with all the effects before I finally pulled the trigger on the PS4 controller.  But the shots I have seen created with the photo mode in Ghosts of Tsushima are amazing.  It is the gold standard that all should look at modeling in their games moving forward.

The Last of Us Part II is another game from a Sony Studio that has a great photo mode.  Granted the subject matter of the game is tough at times, but some of the ambient photos that you can create are really cool.  Some came be as simple as changing a lighting option or a filter, but it also has a robust set of tools for you to create a great photo in an otherwise somber game.  About the only thing that I find a complaint with is not so much the photo mode, but some of the photos that people create from some of the more gruesome moments in the game, but hey, whatever floats your creative boat I guess.  That said, a photo mode can also have a gimmick to make it fun to use. 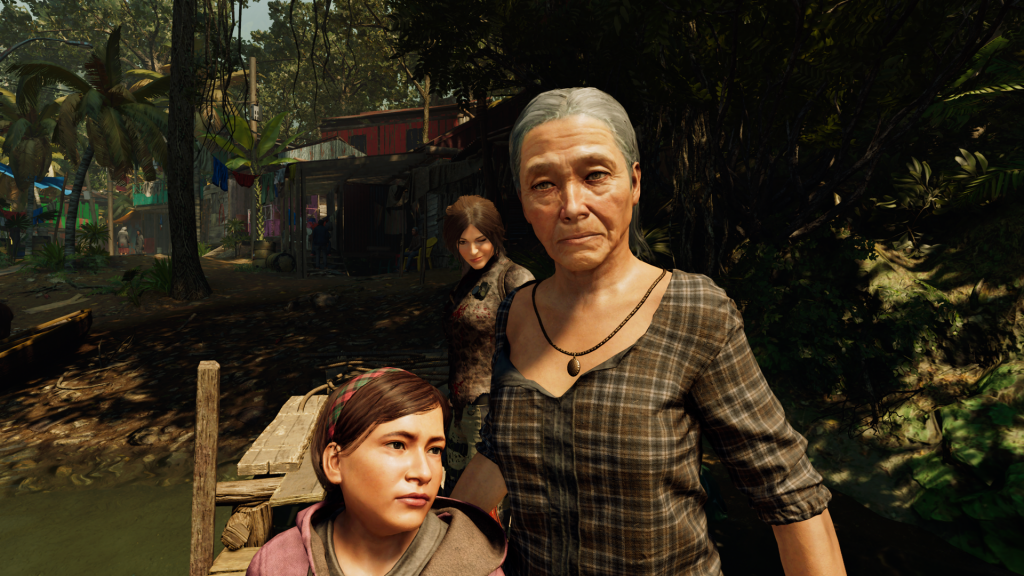 The above photo comes from Tomb Raider: Shadow of the Tomb Raider.  The photo mode is fine.  It has a decent tool set to create photos.  But the one thing that it did add that kept me using it was the fact that you could put a facial expression on Lara Croft and it made every photo you worked on in Photo Mode hilarious.  I mean, I found hours of hilarity doing things like in the photo above.  Nothing like having Lara photobomb grandmother and her grandaughter with a smirk and a wink.  Or putting a disgusted look on her face as she finishes climbing up a cliff.  Or maybe an inappropriate winking face over the corpse of an enemy that is riddled with bullets and arrows.  Yes, I poked at Last of Us Part II for those kinds of photos, but here, it just comes off as goofy due to the facial animations.  The developers deserve some props for realizing that sometimes, you need some funny in a serious game.  Or, maybe you just want to lean into the character and the art form it is derived from for your Photo Mode. 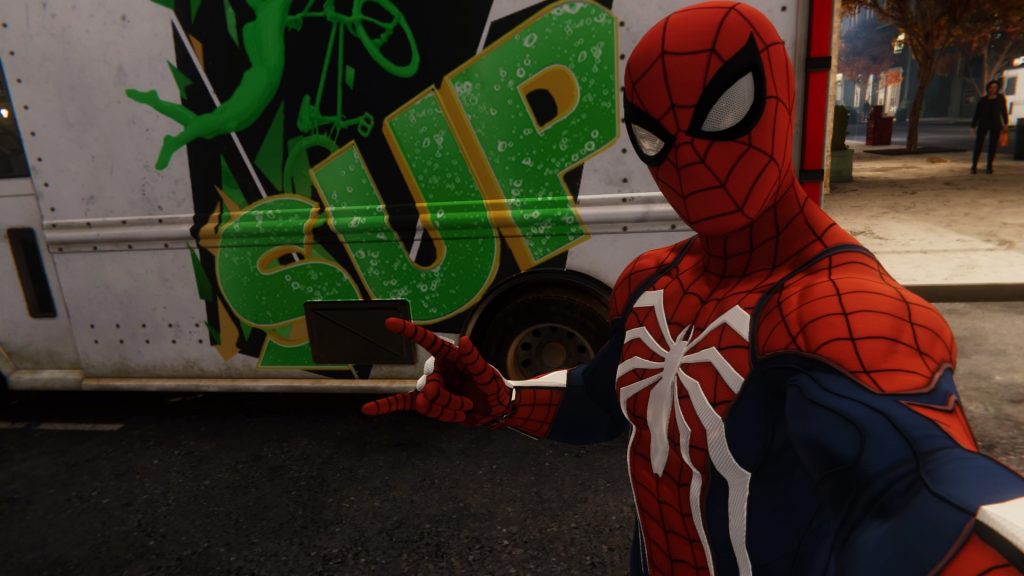 Yes, Marvel’s Spider Man leans hard into the idea that its main character is a young millennial that would carry around a cell phone and want to take selfies of himself while swinging around the city.  Or just using it to make a funny statement, like posing in front of a truck that has “Sup” painted on the side while giving a hang loose at the camera.  The amount of shots that you can pop off in Spider Man is absolutely amazing.  The character’s powers and traversal options just beg for photos to be created.  It was a blast to line up a shot, take it and then add some expression to it with poses, costumes and other options.  But it also allowed you to frame up a shot like it was a comic book cover, which just leans right into the medium that the character hearkens from.  Getting a photo put together and then framing it in the context of the cover from an issue from Amazing Spider Man is just brilliant.  I just wish that it did away with some of the desk trappings and just gave me the cover I created as a nice, big photo, but I will take what I can get.  Those covers are so cool, I have one more shot to share from Spider Man. 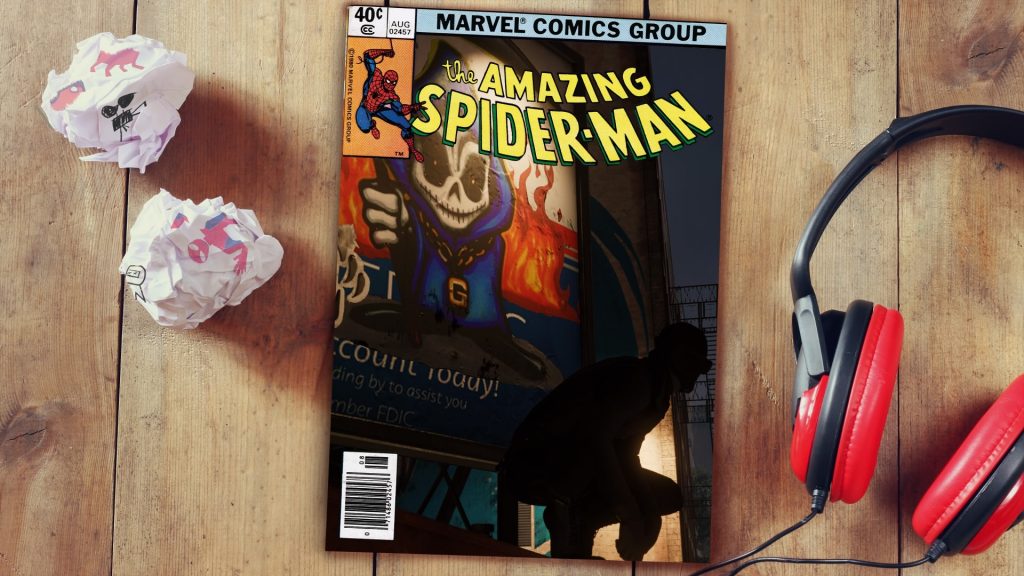 Maybe I am making this too simple, and it is not that easy to add a photo mode to your game.  I hope it is more that some devs just don’t have the time, but I really wish that more would add a photo mode so people can share some great photos from their game.  I mean, it is some great free advertising.  It doesn’t have to be overly complex, but something that people can take some time and put together some great photos.  Maybe even that perfect photo to show off your great moment with some serious style.  Hell, you can even add it in after release with a post release patch as far as I am concerned.  I just hope that more devs start adding a Photo Mode so I can continue to waste my already precious time getting the perfect bloom on the main character’s weapon!